I finally had the opportunity to see Hamilton the musical a this spring at the amazing Eccles Theater in Salt Lake City. After all of the hype, I was worried that I would be let down….but the show didn’t disappoint. From the opening scene, where the characters were introduced through the opening song “Alexander Hamilton,” to the closing scene where Eliza Hamilton sang about telling her husband’s story in “Who Lives, Who Dies, Who Tells Your Story?,” I was captivated. 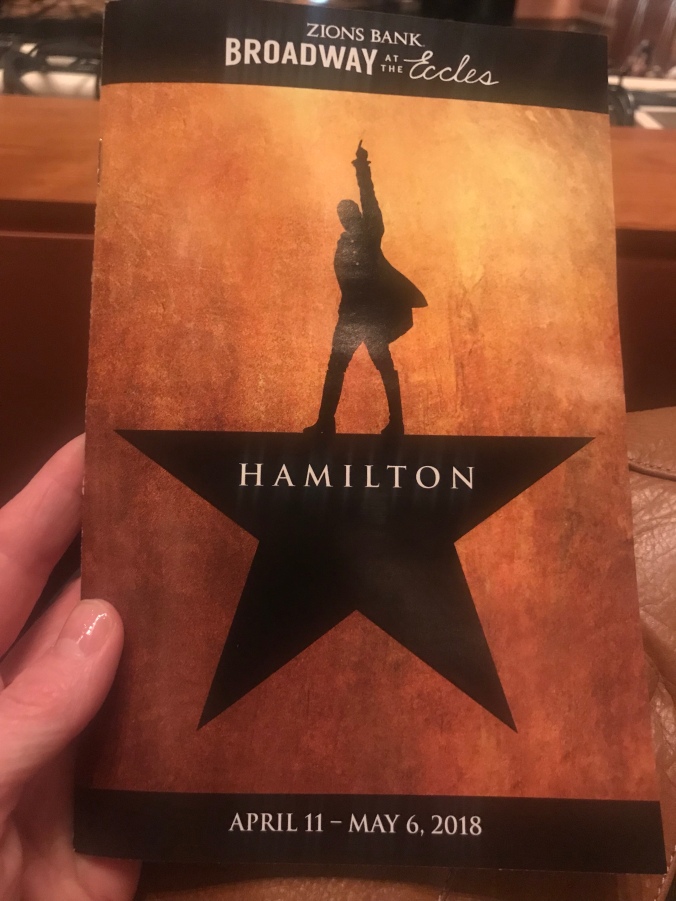 Since seeing the show, we have listened the songs on repeat with our children, and have had many a discussion about what it means to “not throw away your shot” at something, and why the King of England sings funny songs about coming back to him. But, more than that, what I have reflected on within the music are the lessons that are present for women in leadership. On this July 4th, I thought it only fitting to “tell my story.”

Don’t Throw Away Your Shot

This theme (and song lyrics) are present throughout the story. Early in the show, Hamilton commits to not throw away his shot through one of my favorite songs of the show. His commitment is to make a difference and to shape the future of our country. This motivates him to make the decisions that ultimately lead to his death in a duel with Aaron Burr.

The lesson for women in leadership (or for everyone in leadership) is to take the shot. As I work with up-and-coming people within my team, I often see women who are highly skilled not raise their hand for new opportunities, whether it be new projects or promotions. I also coach managers about how to have the conversations that they are having with both their male and female talent about opportunities. They need to sound different. Research from Bain & Company and LinkedIn in early 2017 shows, via a survey of 8,400 professionals, that “women are less likely than men to seek out an opportunity if they knows their supervisor might not be fully supportive.” In other words, women aren’t willing to take the risk at the new opportunity for fear of failure or upsetting the apple cart.

“If you’re offered a seat on a rocket ship, don’t ask what seat! Just get on.” – Sheryl Sandberg

This is particularly important early in life/career. Jack Zenger, an inspiring author and researcher, and CEO of Zenger Folkman (who I happened to meet via a board where we were both helping advance women in leadership), comments that this confidence gap early in a career is particularly stark between men and women, and thus early opportunities for growth may be missed by women not “taking their shot.” 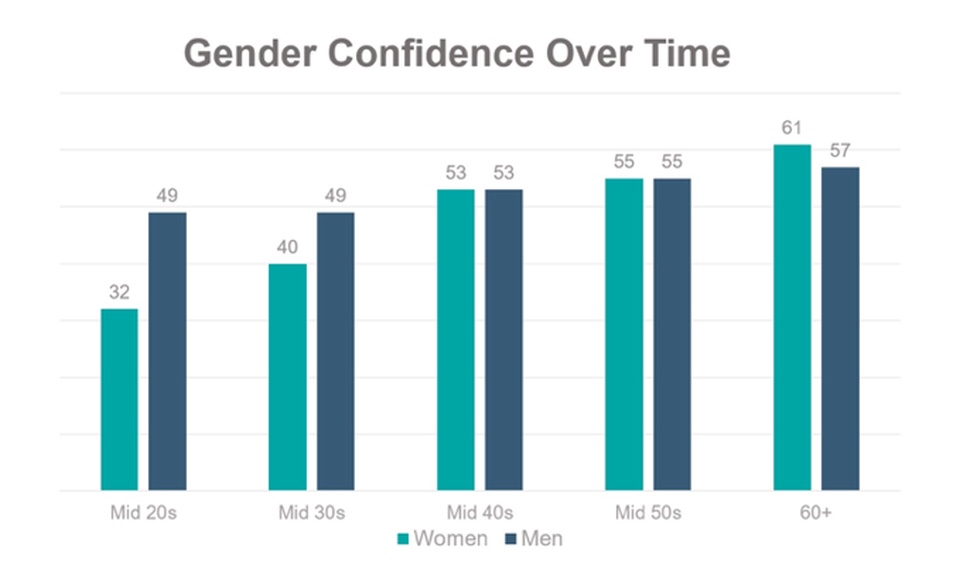 Hamilton would advise differently to women in their careers. His advice would be to take your shot when you have it. He stayed true to his advice through the entire musical except at the very end where his shot (literally) could have saved his life.

In the song “Aaron Burr, Sir”, Aaron Burr gives Hamilton the advice “to talk less, smile more.” He proceeds to say “don’t let them know what you are against or what you are for.” Hamilton won’t have it. This perspective couldn’t be more opposite of his belief to take a stand. As their relationship continues, Burr’s philosophy ultimately drives Hamilton to support Jefferson for President (despite their disagreements) versus supporting Burr, who he believes stands for nothing.

Although smiling (and listening more) is a good lesson especially as it enables you to gain perspective from others, I am with Hamilton here. It is critical to take a stand for what you believe in. More often than not, I see women in business struggling to bring their unique perspective to the table. I have particularly seen this as I have moved up in my career. Women, myself included, see role models for success in business around us (mostly men). Although learning from others’ successes and failures is important, it is critical to maintain your unique perspective and approach. This is a fine line, learn from others, but be yourself.

Diversity of perspective is critical in decision making. In order for organizations to make the best decisions, differing perspectives need to be valued and encouraged. If I could write the lesson in leadership, it would be “talk less, listen more, but take a stand.”

There is Room for All

Aaron Burr sings in “The World Was Wide Enough” about his duel with Hamilton. The song begins with an emotion-fueled countdown to the shot, and Burr closes with a somber ballad about how he “should’ve known the world was wide enough for both Hamilton and me.” In Lin-Manuel Miranda’s visionary scene, you feel the emotion in Burr’s voice. Fear first, regret second.

As I think about becoming an executive leader, I remember moments long ago in my career where I felt like it was either me getting the opportunity or someone else, and I found myself thinking of it competitively. Often this created internal storytelling, me thinking about it as “her/him” OR “me”. This competitive energy, although good when it comes to business challenges, is ineffective when directed towards people. The storytelling got particularly bad when it was two women vying for the same opportunity. I had a feeling that only one of us would be allowed at the table, as our styles and perspective were so different from what was “valued.” I have learned over time how ridiculous this was, as it not only hurt my effectiveness, but also limited bringing diverse perspective to the table in so many teams.

There is so much room. Instead of being competitive, my job is to support and help strong, confident, smart, resilient women (and men) up the ladder with me. No fear, no regrets.